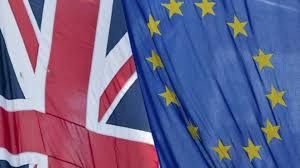 Prima facie, everybody lost. No political party won and the people have been defrauded of a meaningful, effective government (whether in coalition or not) by a voting system manifestly not fit for purpose.

By any measure of fairness and democracy, Jeremy Corbyn should now be prime minister, leading a Labour-led ‘soft Brexit’ coalition in Westminster with the SNP, Liberals and a Green.

Even now, he could still achieve this simply by declaring victory – just like the British Empire so frequently did in the past.

All Corbyn has to do is to declare: “Theresa May and the Tories have no majority mandate for a hard Brexit. But there is a clear parliamentary majority for a ‘soft’ Brexit.

“If we simply change the name of ‘soft Brexit’ to the EEC – which is what the UK voted to join in 1974 – parliament would vote to remain in the EEC without having to sign up to the EU ‘super-state’ that it has since become.

“But the British general election was not about fairness under the un-fair and un-democratic first past the post voting system.

“With both Labour and Conservatives each gaining about 40% of the vote, a proportional voting system would have given the about 40% of the seats – ie about 260 MPs apiece – instead of the 319 MPs the Tories actually got.

“Meanwhile, the de facto outcome of the British election is that Theresa May has become prime minister of a government that cannot deliver what her party/ the Tories want – which is a hard and brutal Brexit.

“The inconvenient truth of the general election outcome is that there is an absolute ‘soft Brexit’ majority in the British parliament (some 325 seats against the Tories and N. Irish unionists’ 319).

“The irony is that this will – firstly – never be recognised by either Corbyn or May, and second – the British people are being held political hostage to an ongoing civil war within the Tory party over hard Brexit when there is no majority parliamentary support for this.

“Logically, the Tories should split into two parties, the In-Tories and the Out-Tories and go away and fight-it out among themselves. In fact, the Tories did split; it was called UKIP, but they have prematurely thought ‘job done’.

“In the 19th century, a similar ideological schism over the Corn Laws divided the Tories for decades and kept them out of power until they’d fought themselves to a bloody political ceasefire 30 years later.

“Unless, Corbyn rallies a ‘Remain in EEC’ soft Brexit coalition in Westminster, the UK will drift rudderless onto the rocks of either a hard Brexit or – worse a ‘no deal’ Brexit.

Sinn Fein MPs have traditionally refused to take-up their seats in Westminster because it would mean swearing allegiance to Elizabeth, Queen of the United Kingdom of ….

This was (at the time) the most powerful anti-Unionist message Sinn Fein could send through the ballot box.

But times have changed now. They should mouth the oath and take up their seats in the interests of their constituents, even up the imbalance in Westminster and join in the ‘remain in the EEC’ Corbyn coalition.