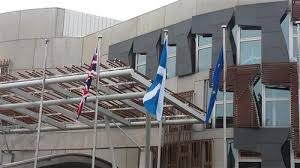 Unless and until she leads Scotland to Independence, Sturgeon and the SNP will have failed the Scottish people

In a simple, one-dimensional, sense Sturgeon is right to say that Scotland’s Independence lies in the hands of the people.

But as SNP leader, and now again First Minister of Scotland, she has mis-led (if not actually duped) the people into voting AGAINST Scotland’s Independence.

This is because of her stonkingly stupid (and Independence-defeating) ‘both votes SNP’ campaign.

Seen from Sturgeon’s perspective, this campaign worked. It resulted in 64 SNP MSPs winning a seat in Holyrood with an average vote share of 44% in the hybrid D’hondt voting system* imposed on  Scottish Parliament elections by the UK government ( * 47.7% on the ‘traditional’ first-past-the-post constituency vote and 40.3% on the proportional representation regional-list vote)

But seen from the perspective of Scotland’s Independence, almost all of the SNP vote on the proportional representation regional-list vote was totally wasted.

This is because – although the party won 40.3% of the regional votes cast (totalling 1,094,374) – most of these votes are discarded in the D’Hondt system and the SNP got only 2 ‘extra’ list MSPs.

In effect, more than 1 MILLION SNP regional-list votes were wasted and – literally – did not count towards Scottish Independence 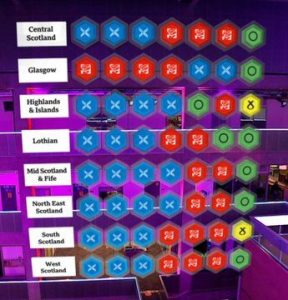 If 1.1m SNP voters had not wasted their 2nd vote on the SNP and instead voted for the Alba Party, there would now be a ‘super-majority’ of 88 Indy MSPs in Holyrood

In contrast (and rounding these numbers to the nearest 100,000) the combined Tory and Labour regional-list votes total of 1.1 million got these Unionist parties 46 list MPs.

This is not fair. But – unless and until (if ever) Scotland does become Independent this is the voting system we’re stuck with for Scottish Parliament elections.

But even though it is manifestly unfair (how can it be justified for the same number of votes cast to result in such grossly disproportionate outcomes?) the distorted D’Hondt voting system can be ‘out-played’ to produce a far fairer and proportionate outcome.

By Sturgeon insisting on ‘both votes SNP’, she is deliberately mis-leading (if not actively duping) Scotland’s voters.

On the not un-reasonable assumption that SNP voters want Scottish Independence, they should be actively encouraged to make BOTH their (1st) constituency and (2nd) regional-list votes COUNT.

The D’Hondt voting system was expressly designed (by Tory and Labour) to PREVENT any ONE party from gaining a large single-party majority in the Scottish Parliament.

So the way round this election-rigging is for the SNP to campaign on a Vote-1 SNP + Vote 2 Scottish Independence Party alliance. 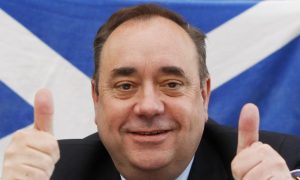 This total of 88 MSPs in favour of Scotland’s Independence would have achieved the desired result, by a simple unilateral declaration of Independence in Holyrood (88 MSPs being more than the 2/3rds super-majority needed to trump chronic Westminster blocking moves against a Scottish Independence referendum.

So unless and until Sturgeon (or whoever succeeds her as SNP leader) proves that s/he want to lead Scotland to Independence (by campaigning on a Vote1 SNP, Vote2 Alba ticket) Scotland will remain locked forever within the UK.

Meanwhile, the SNP (irrespective of who is party leader) will continue to deceive (or dupe) the people of Scotland with a neverending ‘vow’ to hold an Independence referendum sometime over the rainbow and will continue to huff and puff and try to blow down Westminster’s resistance to a Scottish Independence Referendum.

But nothing will happen unless the SNP stops deceiving / duping its voters – and take practical, positive action to achieve Scottish Independence (which its party constitution somewhat ironically states is its number one objective.

And unless and until the SNP achieves the party’s number one objective – democratic and constitutional Independence for Scotland – Sturgeon will have failed the Scottish people.

We said before the 2021 ‘most important in Holyrood’s history’ election that Scotland’s Independence is too important to be left to just the SNP. It still is.

While this may now be the end of Alex Salmond’s political career, Scotland still needs the Alba Party to act as an extra-parliamentary party to keep up the campaign to educate 1.1m SNP-2 voters that their votes are, were, and will continue to be absolutely pointless and totally useless.

In fact, the 1.1m SNP 2nd-votes were worse than useless – because they were discarded and enabled 46 Tory/Labour Unionist list MSPs to be elected to Holyrood.

And Alba Party should provide the strategic direction and campaign leadership for the ‘All Under One Banner’ informal alliance. AUOB is not formally constituted, but it should do so – and then seek to merge with Alba.

If anyone in AUOB has any hesitation about merging with Alba, the next time Sturgeon declines to lead, or at least speak at, an AUOB march should convincingly persuade AUOB that unless it merges with Alba Party, it will simply continue to – impotently – march its 10,000 men up the Independence hill, and then march them down again. Again. And again.

So sure – as Sturgeon says – let the people of Scotland decide our constitutional future.

But the people of Scotland need effective leadership from not just Alba – but also from within the SNP – to lead them along the Vote1 SNP, Vote2 Alba routemap to a Holyrood super-majority of 86 MSPs in favour of declaring Scotland’s Independence (with or without ‘permission’ from the Westminster parliament)