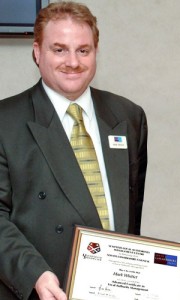 He previously served as an elected Councillor on the Cramond, Cammo and Barnton Community Council – which is in the Edinburgh West parliamentary constituency – and is experienced in local affairs (such as the noise from Edinburgh airport, and Edinburgh West planning, housing, transport, environment, economic development, the NHS and local government issues.

In 2008, Whittet created Scottish Legal News Ltd as a commercial joint venture while serving pro bono as Director and Deputy Chairman of the Scottish Legal Action Group, the registered Scottish charity which aims to help improve access to justice for geographically and/or financially under-privileged people.

Over the following five years, the number of Active Daily Subscribers rose from a modest 500 people on launch to just under 10,000 daily email readers.

Scottish Legal News Ltd (where Whittet also served as Founding Director) has since traded profitably for a number of years and, as intended, is the largest single source of income to the Scottish legal action charity. After a multi-award winning 8 years’ service in local government with South Lanarkshire and Midlothian Councils, he became Executive Director of Scottish Energy News Ltd and is former member of the NUJ and SNP.