Salmond told Holyrood; “Scotland has not failed – its leadership has failed.’ And the Scottish press / mainstream media has also failed Scotland 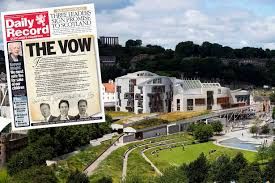 When Alex Salmond, the former First Minister of Scotland, gave evidence at the ‘Sturgeon-gate’ inquiry into the Scot-Govt’s ‘biased and botched’ handling of sexual misconduct allegations, he told Holyrood MPs; “Scotland has not failed; its leadership has failed.”

He added; “The collective behaviour of the Scottish Government has shed a light on a government whose actions are no longer true to the principles of openness, accountability and transparency, which are the core principles on which this Scottish parliament was founded.”

He also lamented the fact that no one had taken the blame after the government was found to have acted unlawfully in its handling of an investigation into harassment complaints against him and there had been no resignations or sackings.

The Crown Office, too, was criticised by Salmond for intervening to have some of his evidence to parliament censored.

Salmond put the blame firmly on the leadership and said the institutions themselves had not failed.

This is – belatedly – accepted today by Anas Sarwar, the current leader of the Labour party’s branch in Scotland, who has announced a plan to launch a “clean up Holyrood” commission after the election to consult on ideas “to give Scotland a parliament that can better hold the government to account”.

Commenting on the Sturgeon-gate farrago, Sarwar asked: “Have the last number of weeks brought into sharp focus the principles of transparency and accountability in our parliament? Of course they have, and even the most ardent SNP supporter would have to recognise that.”

He said the consultation will consider a number of issues arising from the Sturgeon-gate farrago, including;

No true democrat could argue against these manifestly-needed reforms.

But an irony perhaps not noticed by Sarwar is that his call for progressive reforms of the democratic process in Scotland was made at a meeting of Scottish Parliamentary Journalists’ Association.

It’s not only the leadership of Scotland’s civic government institutions that has failed. 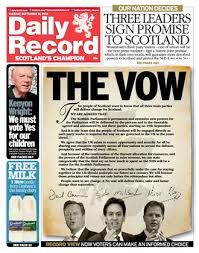 The leadership of the Fourth Estate – the mainstream media (whose members exclusively form this Holyrood journalists’ private club) – has also failed Scotland.

Every journalist has a moral duty to tell the truth. For those who are members of the National Union of Journalists, they have a Code of Ethics which requires them to do so.

Sadly, this is as flagrantly ignored by the mainstream print media in Scotland as it is in London by ‘national’ media. And since the 2014 Independence referendum, hundreds of thousands of Scots have shunned these anti-Independence media and their sales and circulation have been decimated.

The recession and the virus have only served to accelerate this trend to near-commercial extinction – but the decline was inevitable given that the Scottish MSM all made the same foot-shooting commercial decision to campaign against Scottish Independence – thereby alienating 50% of their readers/ buyers.

The description ‘Scottish’ MSM is a bit of a mis-nomer as most of these titles are owned further of Scotland.

The ‘Herald’ thought it had a cunning plan to keep its Unionist readers on-board while getting one-up on their rivals by launching ‘The National’.  However, even though ‘The National’ now outsells ‘The Scotsman’, its credibility has been ruptured by its increasingly-apparent role as the ‘Daily Sturgeon’.

Now, as privately-owned assets, the MSM has the right to editorially-support and endorse any party they choose – including the right to publish (fact-based) reports which are hostile to any political party it chooses.

But the MSM still have moral and/or professional duty to report facts fairly and impartially.

And in their reporting of the sex-smears allegations made against Salmond, and their ‘we-can’t-believe-he-was -found-Not-Guilty’ reports after the high court trial, the entire Scottish MSM has lamentably failed Scotland.

This does not mean that the Daily Record should not have published the fact that the Scot-Govt was in the process of investigating allegations of possibly criminal sexual misconduct against Salmond; nor that the rest of the MSM should not have simply re-reported these facts.

But from the very day the jury at the high court returned its Not Guilty verdicts on the Salmond charges, the very first questions the MSM should have asked were;

“Who DID leak the sex-smear allegations against Salmond – and why?’

‘And why is there no investigation by Scot Polis into who made this leak?’

On that day – 23rd March 2020 – the only media that DID ask these questions was Scotland’s Independence Referendum Party.

Salmond cleared of all sex-smear charges Now heads must roll

In the following 11½ months, the MSM continued to fail Scotland by failing to ask these key questions.

In fact, Alex Salmond had to ask these two questions himself when he gave evidence at the Holyrood inquiry into the Sturgeon-gate farrago. Yet, again, these questions were ignored by MSM in general and by the Holyrood press club in particular.

Whilst regrettable, this lamentable failure of the Fourth Estait* (ie MSM)  has directly led to the rocket-like rise of the reach, credibility and influence of rival means of reporting and communicating either through social media, whether via individual messages or via what are in effect New Media.

In fact, ‘Wings over Scotland’ is now almost a mainstream media channel by virtue of its readership, which it has achieved by presenting independent facts on Independence for Scotland, based on evidence.

‘Wings’ has further enhanced its reputation and reach by – accurately – reporting on dissent within the SNP and often ‘sets the media agenda’ for the day’s news while the MSM again either ignores this elephant in its room or scrambles to catch up.

In other words, the Scottish public has simply moved around the so-called MSM which are now increasingly marooned on both commercial and credibility fronts.

Moreover, Salmond’s new Alba Party has similarly moved on around the MSM and is communicating directly with its members, potential members and 1-vote-only SNP members – thereby by-passing MSM.

If Salmond and the Alba party hold the balance of power by creating a supermajority for Scottish Independence after the Holyrood election, the MSM will face an extinction-level crisis if they then continue to do a King Cnut and try to hold back a supermajority mandate.

A Satire of the Three Estates (Middle Scots: Ane Pleasant Satyre of the Thrie Estaitis), is a satirical morality play in Middle Scots, written by makar Sir David Lyndsay. The complete play was first performed outside in the playing field at Cupar, Fife in June 1552 during the Midsummer holiday, where the action took place under Castle Hill.

The Satire is an attack on the Three Estates represented in the Parliament of Scotland – the clergy, lords and burgh representatives, symbolised by the characters Spiritualitie, Temporalitie and Merchant. The work portrays the social tensions present at this pivotal moment in Scottish history

The Satire is  also notable for being one of the earliest recorded instances of fuck, predating any English language forms but preceded in the Scots language by the makar William Dunbar

In the 18th century, the term Fourth Estate came to be applied to the press with the earliest use in this sense described by Thomas Carlyle in his book On Heroes and Hero Worship:

“Burke said there were Three Estates in Parliament; but, in the Reporters’ Gallery yonder <in  the Westminster parliament>  there sat a Fourth Estate more important far than they all.”[4]