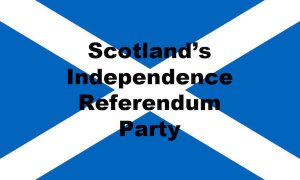 This new appeal – which some elements within the SNP are only now belatedly mulling over – is ironically based on the legal precedent set by the former British Prime Minister David Cameron, who first signed the Edinburgh Agreement with Alex Salmond, then SNP leader and First Minister of Scotland.

The irony is that Cameron only agreed to grant a Section 30 power to the Scottish Parliament to hold the 2014 Independence Referendum in the overly-smug belief that the British Unionist parties (including his own) would overwhelmingly defeat the ‘Yes To Scottish Independence’ campaign.

While the pro-Unionist campaign won – by 55% to 45% – it was not the ‘crushing defeat’ which Cameron and the Tories had expected.

Since then, there has been Brexit – where Scotland voted overwhelmingly against leaving the EU (by 62% to 38%).

And this is the ‘new intervening factor’ on which the political – and now prospective legal – case for an appeal against British prime minister Johnson’s refusal to grant a Section 30 order ‘granting’ or ‘permitting’ the Scottish Parliament to hold a new, second referendum on Scotland’s Independence, should now be based.

The legal basis for this appeal – which our well-funded and learned friends in the SNP should raise immediately – is founded on the following grounds;

Any first-year law student knows that establishing ‘precedent’ – ie a case which is based ‘on all fours’ with a previously-decided case – will win.

In this case (ie ‘First Minister of Scotland / Sturgeon v UK prime minister/ Johnson) the precedent was established by a preceding British prime minister when David Cameron decided that there was a valid (legal) case for granting a Section-30 order enabling the Scottish Parliament to hold the 2014 Independence Referendum.

The insufferably smug presumption by Cameron that he/ the British Unionist campaign against Scotland’s Independence would win establishes this vital ‘precedent’ – ie Cameron/ UK prime minister had no valid legal ground for refusing to grant the Scottish Parliament the Section 30 power.

Hence, Johnson’s refusal will be seen for what it is – an act of political spite but also the ‘unreasonable’ (and thereby, illegal) political decision it self-evidently is.

Mark R. Whittet (LLB, BA) leader of Scotland’s Independence Referendum Party, said: “Scotland has the moral and democratic right – and authority – to hold a referendum on her own national constitution.

“Unlike in England, Scottish political sovereignty rests with the people – not the prime minister or the British parliament.

“This new legal appeal route offers the real prospect of enabling the people of Scotland to express their democratic and constitutional right – and will help absolve the SNP for its failure to put Scotland first when it had the numbers in the Westminster parliament to extract a Section-30 order from the then British prime minister Theresa May in return for granting her a full England Brexit.”