Only by working with Scots Indy-List Referendum party can SNP achieve Scottish Independence (even if SNP win 70 MSPs) Here’s how:

The SNP – on its own – cannot achieve Independence for Scotland.

Because even if the SNP won every Scottish seat in the Westminster parliament, they’d always be outvoted by the other 600 Tory / Labour / Unionist MPs.

And it never will.

Because the English Unionist parties (all based in London) always gain sufficient Holyrood MSPs to prevent the SNP declaring Independence.

We have been at ‘peak SNP’ for the past decade, during which the party has admirably won the Holyrood elections to the Scottish parliament and also won the majority of Scots MP seats to the Westminster parliament.

And it has done so despite ‘wasting’ around 1 million second-votes in the Holyrood parliament – these votes are wasted in the sense that they have delivered only 4 ‘extra’ SNP MSPs.

Yet despite these marvellous results, Scotland is no nearer to getting the ‘constitutional’ permission it needs from the Westminster parliament to hold a second Scottish Independence referendum. This is because no Westminster prime minister will ever agree to grant the S.30 permission to let the Scot-Govt hold a legitimate second Scottish Independence referendum.

There is a possible legal route to overcome this practical hurdle. But the SNP have chosen to do nothing (see – https://tinyurl.com/uwap6cr

So the legal and political stalemate between the Scot-Govt and the Westminster-Govt continues.

But in order to break the stalemate, something needs to change.

Otherwise, Scotland will be left waiting – and wanting – another Scottish Independence referendum forever and a day.

So what needs to change is for the SNP to work together – in a progressive alliance, or ‘in a pact’ or ‘in collaboration’ with –  a Scots Indy-List-only party to maximise the otherwise 1 million ‘wasted’ 2nd-vote SNP votes.

Scotland’s Independence Referendum Party first made this offer – which still stands – in 2017 to the SNP.

The SNP have chosen to do nothing.

And nothing has changed.

That is why Scotland’s Independence Referendum Party is now calling for a new Scottish National Convention to come together to with the SNP to agree an Indy-List pact as soon as possible.

The number one aim and objective of the SNP is to achieve political independence for Scotland.

The number one aim and objective of Scotland’s Independence Referendum Party is to achieve political independence for Scotland.

Under an SNP / Scots Indy-List pact, both parties would agree to stand for election on a single manifesto pledge – ie to achieve political independence for Scotland.

This would result in around 100 MSPs (out of 129) being elected to the Scottish parliament with the sole aim of achieving political independence for Scotland – ie an overwhelming majority of 77.5%.

This would give the SNP-led Scot-Govt the political – and moral – majority to then demand that the Westminster-Govt give it the legal authority to hold the second Scottish Independence Referendum.

(Of course, the ideal outcome would be 129 MSPs out of 129 being returned by the SNP and Indy-List Referendum Party, resulting in a 100% absolute majority in favour of Scottish Independence; this of course is not going to happen, but 100 SNP and Scots Indy-List Party MSPs with a 77.5% majority is strong enough).

Then the Scot-Govt (comprising SNP and Indy List Party with 100 MSPs) should then ‘request’ permission from the Westminster-Govt for the S.30 power to hold a second Scottish Independence Referendum.

The Westminster-govt would then, of course, still say ‘No’ to a second Scottish Independence Referendum. 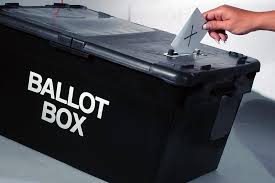 So the SNP- Scots Indy List Party – with 100 MSPs – should then simply declare Independence – declaring a 77.5% of Holyrood MSPs as a strong and democratically-achieved majority vote in favour of its number of policy of achieving Independence for Scotland as proof beyond any need for referendum.

And the rest of democratic world (ie the European Union, EU, the United Nations, UN, and former UK colonies in Australia, Canada, New Zealand, India and in Africa, etc) would agree – and recognise Scotland’s Independence.

Einstein’s classic definition of madness is repeatedly doing the same thing over and over again – whilst expecting a different result.

Since Nicola Sturgeon become leader, the SNP has repeatedly done nothing (ie the same thing over and over)  to achieve Scottish Independence.

Now is the time for the SNP to stop doing nothing and make a change to doing something different – by working collaboratively in a national convention to achieve Scottish Independence with Scotland’s Independence Referendum Party.

I was having a look at the latest Holyrood poll and decided to split the regional list % of the SNP between them and a potential Indy List party. This is what Holyrood could look like if one was made. It’d push the Tories down to 3rd. Seat projection based off Swingometer 2021. https://pic.twitter.com/BXTRoXw0fB

The startlingly antagonistic attitude towards possible new indy parties shown not only by the SNP itself but by the supposedly pro-independence “new media” has always seemed to be fixated on keeping the SNP in power at all costs, even if the party showed no meaningful interest in achieving its supposed primary goal.

WM devised this system to stop SNP winning over all control, which went spectacularly wrong, NOW we need a pro indy party to hover up the list seats

YouGov poll suggesting the SNP might win an overall majority raises an interesting question regarding a 2nd pro-Indy List party.

Which do you prefer? 1. Small SNP overall majority but NO 2nd party. 2. No overall SNP majority but a much larger pro-Indy majority WITH a 2nd party?

A 2nd Indy list-only party isn’t about “hating the SNP”. It’s about removing deadwood Unionist list MSPs – the ones who work for parties registered in another country!

Latest polling of 54% Constituency votes to SNP equates to 67 MSPs a majority in its own right the 45% support for SNP on Regional list equates to1seat even if 33% of those Regional lists going to a new Indy party if supporters gave them the nod would equate to 29 pro indy MSPs.

Bizarrely, all did so by citing recent opinion polls which suggest that the SNP will secure a majority in 2021 on constituency seats alone, which would mean that ABSOLUTELY NOTHING any other party could do would “undermine” that majority.

Those same polls also suggest that the SNP would be very lucky to get more than ONE seat on the list even from over a million votes, and a better definition of “wasted” votes than that we struggle to imagine.

A new list party getting even a tenth as many at that would almost certainly pick up seven or eight seats.

Well, it appears we are doomed to be running a race around a mobeus. Never ending. I see nothing wrong with giving the SNP a shot across the bows. given that they put independence on the back burner at every conceivable opportunity and promote unpopular legislation the public doesn’t want.

Peter Bel! exemplifies the position. We vote SNP for independence,but they don’t seem to know how to achieve it

Like I said in a previous thread. 50:50 in the independence polls suits the SNP just fine as well as 54% on the HR election polls – no need to rock the boat too much. Just enough seats on the constituency vote to win a narrow majority or run as a minority government.

But hell no – the SNP don’t want a potential, as yet, unidentified number of pro-indy non-SNP list seats holding their feet to the fire.

They’re fine with the Greens as they’re soft on indy as well so they’re useful chumps only when needed.

Last scotgov election got 4 list seats .That system allowed the unionists to get 46 more seats than SNP.
How the hell can you explain this and say that SNP on list is the way to go?

if a new indy party stood against the SNP in an SNP stronghold surely they would get the 2nd vote if the SNP asked their supporters to lend them that 2nd vote!

New parties which share the SNP’s supposed core aim aren’t welcomed into the Scottish political sphere as colleagues and allies or even as legitimate opponents, but attacked and demonised and derided and accused of being saboteurs in the service of Unionism.

Nobody should expect the SNP to tell voters to vote for another party, of course.

But their active paranoid obsession with collecting completely worthless list votes and letting dozens of extra Unionist MSPs into the Parliament is a pretty strange way to behave for people who ostensibly value securing independence above all else.