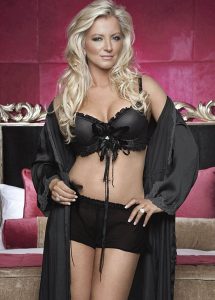 Today (25 Jan 2018) members of the House of Lords –  including the Liberal Democrat spokesperson for Wales and the shadow spokesperson for Northern Ireland and Scotland – will debate the role of devolved administrations <ie the Scottish Government> in the Brexit withdrawal from the EU and future opportunities for ‘strengthening the union’.

This is because the minority-Tory British government lied about – and failed to give – MPs in the House of Commons a vote on post-Brexit return of devolved powers from Brussels.

Instead – as the Brit-Govt Minister for Scotland (David Mundell) has confessed  – these powers over agriculture the environment (for example) will be retained under a 500-year old  ‘Henry-the 8th’ England-only and pre Treaty of Union precedent by the Westminster parliament from the Scottish Government.

This means that people like ‘Women’s Underwear’ magnate Lady Mone, Baroness of Mayfair (really!) reality TV presenter Lord Alan Sugar and Lord Mark McInnes of Kilwinning –  an ex Tory cooncillor on Embra Cooncil – will have a vote on Scotland’s future – but not the Scottish MPs democratically elected by people in June 2017.

Other rejected and failed ex-politicians – such as the former British Government Ministers for Scotland – Ian Lang and Michael Forsyth, as well as the convicted perjurer Lord (Geoffrey) Archer and convicted Scottish arsonist Lord Mike Watson, a former Labour MP – will also have a vote on Scotland’s future – unlike any of the 59 Scottish MPs democratically elected by voters in June 2017 (albeit in the first-past-the-rotten-post voting system uniquely used for Westminster elections)

Other un-elected placemen appointed on prime ministerial whimsy to the Lords who are expected to take part in today’s (25 Jan) debate incude; –

See also: ‘We thought they were dead’

“This is the kind of crony-state, dictator-style corruption which would give what US President Donald Trump calls ‘shithole countries’ a bad name.

“The House of Lords has more than 800 entirely un-elected, re-jected and venal members – more than the general assembly of the People’s Republic of China.

“The only votes that really matter on Scotland’s future are the ones that will be cast in Scotland’s next Independence Referendum.

“The primary goal – and number one objective in the constitution of Scotland’s Independence Referendum Party –  is to achieve Independence for Scotland.

“We aim to do so by helping to bring about a new/ second Scottish Independence Referendum in light of the entirely-changed political and constitutional landscape following the UK Brexit vote.

“This gives TWO choices/ chances/ votes in favour of Scotland’s Independence (instead of the present 1/ SNP – and reduces the ‘stray’/ use-less ‘second’ vote going to any other/ UNIONIST British party.

“Despite the use of the word ‘ Scottish’ in front of their names, the Liberals, Tories and Labour are all one, unified, UK parties, based in London.

“And thirdly, SIRP is not competing with the SNP; rather, we want to work in a progressive – and mutually-supporting – alliance with them.”