Boris’ Big Brexit Lie: Govt. of the people, by the people for the people (except for ‘viewers in Scotland’..) 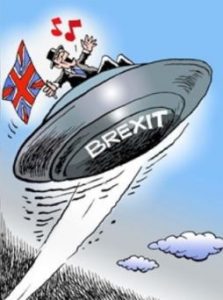 One of the few moments of clarity in otherwise vague and vapid ‘defining speech’ on Brexit by Alexander (Boris) Johnson, the British Foreign Minister was when he said that Brexit was all about ‘Government of the people, by the people, for the people’.

“This is admirably true – as far as England goes, which voted for British Independence from the EU Bloc.

“But ‘Government of the people, by the people, for the people’ is patently untrue when it comes to voters in Scotland – who voted by a majority of 2:1 to remain in the EU.

“Scotland’s voters are once again being ignored by a (minority) Tory UK government and Scotland will be ripped out of the EU in a Brexit ‘omni-guddle’.

“That is why there now needs to be another referendum in Scotland on Scottish Independence because of the manifestly unfair and un-democratic Brexit referendum result in Scotland is being ignored by the government of the UK.

“Scotland neither needs nor wants another Brexit referendum – that result conclusively clear – we want to stay in the EU.

“But Scotland manifestly needs – and wants – another Independence Referendum because the narrow result of the 2014 Scottish Independence referendum in remaining part of the UK was based on Tory Government lie that remaining in the Union with England was the only way Scotland could remain in the EU.

“Because of the massively-changed political landscape following the Brexit referendum – with the British government ignoring the wishes of Scotland to remain in the EU – Scotland needs another referendum on its political future, with all options on the ballot paper.”