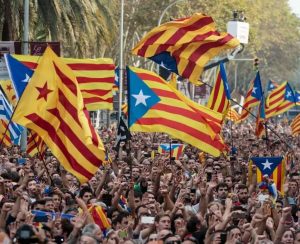 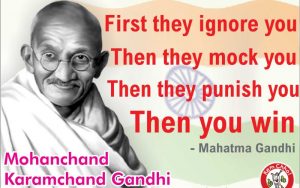 “The democratic right of people to express their wish for Independence is recognised by the United Nations and – when, it suits Westminster, the British government also recognises this right (such as for Gibraltar and the Falkland Islands).

“Similarly, the silence by the London-based, British Unionist parties – Liberals, Labour and Tories – whether in Scotland or at Westminster – is equally stunning. Democracy comes before party interest.”

A statue of Gandhi now shares the same space outside Westminster in Parliament Square as a statue of  former UK prime minister Winston Churchill, who tried to thwart Indian independence and who despised Gandhi and his aims.

Churchill famously called Gandhi “a seditious Middle Temple lawyer, now posing as a fakir of a type well known in the East, striding half-naked up the steps of the Vice-regal palace.”

India won independence from Britain in 1947, thanks in large part to Gandhi’s peaceful civil disobedience campaign.